Many customers compare Coleman RoadTrip LXX vs LXE because these two camping grills have almost the same features, plus they are both made by Coleman.

Although these two grills are similar in many ways, they have their own differences too. Nevertheless, both are great products, especially in terms of functionality and portability.

Coleman is a popular brand that has built a reputation for producing quality outdoor recreational products, including camping gear. Campers prefer the Coleman brand for their camping grill because their products are of excellent quality.

When deciding what to buy between the two, it’s important to determine what their differences are. That way, you can best decide which particular model is suitable for your needs.

Here’s our take on the Coleman RoadTrip LXX vs LXE review.

What You Should Know About the Coleman RoadTrip Series

Both the LXX and LXE belong to the RoadTrip Series of Coleman, which means they are very portable and feature a fold-out design. Thus, both grills appeal to campers and people who like to take long road trips.

Under the RoadTrip Series, Coleman has created three models. Aside from the LXX and LXE, there’s also the LX, which is the least popular of the bunch. Yet the LX is the original model and was the first to be released. It features a cutting-edge design, although it lacks the functionality that comes with the LXX and LXE.

What’s great about the LXX and LXE grills is that they can be folded up, which makes them easy to carry around. Both grills feature the instant-start lighting system, which is Coleman’s patented feature.

They also come with removable grilling surface as well as fold-out tables that are on their sides. Fold-out tables can be used to hold utensils, food, etc.

Here’s a review of each of these grills.

Furthermore, the LXX is rather lightweight, weighing a total of 47 pounds. When divided into small parts, the weight can be distributed, which makes it even more portable. In addition, the stand and wheels of this grill are collapsible. It’s also equipped with excellent pressure control that helps maintain heat consistency.

The Coleman RoadTrip LXX has 22,000 BTU that’s produced by both burners with 11,000 BTU in each. This grill has sliding side tables made of stainless steel. It’s also equipped with a thermometer that gives the user full control over the grilling meat.

As mentioned, the Coleman RoadTrip LXX has similar features with the LXE, which is why the two are often confused with each other. Both grills have a pressure control system that’s capable of providing even heat and their grilling surfaces are coated with porcelain that allows for easy cleaning.

Both the LXX and LXE have extra accessories, such as a swap top stainless steel, aluminum griddle, porcelain-coated griddle, and a stove grate. It’s also possible to purchase a wheeled carry case as well as a 5-inch gas hose that comes with an adapter.

As for the features, the LXE won’t disappoint. It has two heaters of 10,000 BTU each. Plus, this grill has a porcelain-coated griddle made of cast iron as well as a grease tray. Thus, cleaning this unit will be very easy.

There’s also a 4-ounce propane canister. Even though the LXE is a much smaller unit than the LXX, it can operate for a much longer period. Plus, this device features a matchless lighting system.

Aside from the fact that the LXE is smaller than the LXX, there are some features that haven’t been included in this model. For instance, this unit doesn’t have a thermometer. It doesn’t have the aluminum griddle, swap top griddle, and other accessories that are included in the LXX either.

When comparing Coleman RoadTrip LXX vs LXE, let’s first identify the similarities between the two.

Both grills feature instant matchless light-up feature, which comes in handy if you end up forgetting your lighting tools. This modern feature is present in several Coleman brand grills and it’s truly a convenient feature.

They are equipped with folding tables that are attached to their sides, which are also very convenient. You can use these tables for seasoning, condiments, utensils, etc.

The LXX and LXE have removable grilling surfaces. This is very useful if you plan on cooking several foods at the same time. With this feature, you won’t have to wait that long to eat.

Both the LXX and LXE are very portable. They’re not only lightweight, but they’re foldable as well. Thus, both of them are highly recommended to those who need something that they can carry with ease.

The two units differ in terms of their thermostats. Although this may not be a big factor for some users, it’s important for first-time users of a camping grill that need to rely on thermostats.

The Coleman RoadTrip LXX comes with an adjustable thermostat, which the LXE grill lacks. In this regard, beginners might find the LXX more convenient to use.

The biggest difference between these two is in their cooking power. While the LXE model has 20,000 BTU per hour, the LXX has 22,000 BTU, which is obviously much higher.

Aside from the cooking power, the two units also differ in cooking space and the number of food items that can be grilled in each of the grilling spaces. The Coleman RoadTrip LXE operates with a lower power of only 20,000 BTU. Yet, it’s still more than enough to cook for up to 15 people.

Another great aspect of these grills is their build quality. Both are tough but the LXX model is more durable as it’s made from heavy-duty steel material.

Furthermore, both of these two grills have side tables, however, they differ in the hooks used. LXX grill’s hook is made from stainless steel while the LXE only comes with plastic hooks.

Given the comparison above, it’s clear to see that the Coleman RoadTrip LXX camping grill has more advantages than the LXE, which is why this model is more expensive. For one, the LXX is slightly more powerful and comes with an adjustable thermostat. That alone justifies its expensive price.

We have provided everything that you need to know about these two devices, in terms of their features, cooking power, and other important details.

The best way to make a decision is to consider your own specific requirements. Both the LXX and LXE grills are great, but they may not appeal to all kinds of users.

This Coleman RoadTrip LXX vs LXE comparison is just a guide. In the end, the decision will all be up to you. If you’re going to share this device with other campers, then consider their decision as well. 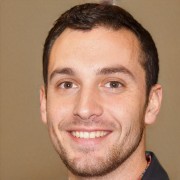 10 Best Camping Air Conditioners for the Money in 2020

Best Handheld Spotlight for Camping in 2020

10 Best Emergency Candles for Camping in 2020